Over the weekend we participated on the first TasJam Game Jam. TasJam is a statewide game jam event, held simultaneously in Hobart, Launceston, and Burnie, and was organised by the Tasmanian Game Development Society.

The weekend was absolutely fantastic, and the organisers did a brilliant job of running the jam, and the mentors/judges who came down from Melbourne –– Kamina (from Tin Man Games), Lauren, and Katie (both from Lumi Consulting) –– were all really insightful, and such a positive presence at the jam. It was a great environment to get things done in, and there was a lot of great feedback and ideas shared amongst participants.

Jon and I spent our time repurposing assets from one of the games we’re building at Secret Lab –– Gnome’s Well –– and building a single-stick multiplayer shooter game. The game involves wizard hats waking up to prevent the the wizard’s treasure from being stolen by invading gnomes using drone-copters. We think it’s pretty fun, and it came out really well for such a short build.

It was a great opportunity for us to learn how to use game controllers, which are not something that we’ve ever used before! We were also super-impressed when we rebuilt the game (which we built using Unity) for iOS, and it ran flawlessly on an iPad Air 2 using MFi game controllers. 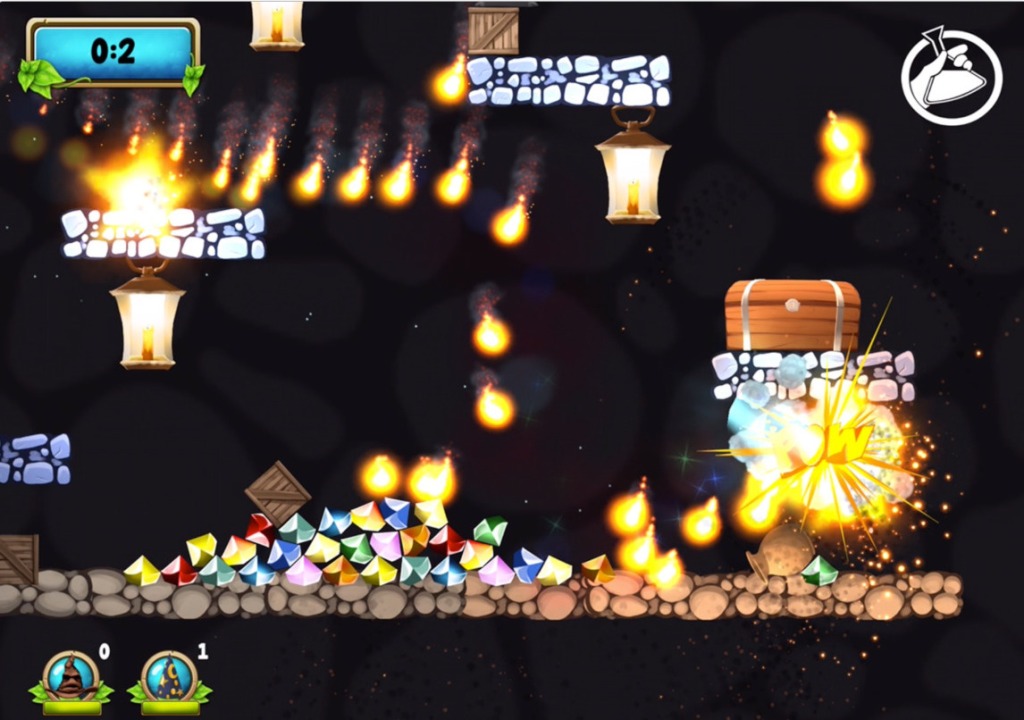 You can find more pictures, as well as videos and photos on the Secret Lab Tumblr. I also took a lot of photos at the event, and you can find those on my Flickr. TasJam used itch.io for submissions, so don’t forget to check out all the awesome games there.

You can download our prototype if you have a Mac and some PS3/PS4 controllers to pair to it, as well! Thanks to Jason and Ducky for organising such an awesome event!